Why do you love the taste of a particular chocolate brand and the sight of a specific color? What is the possible setting in which a 75 out of 100 in an exam may feel better than a 90? What are the probable thoughts going on in the mind of a batsman when he has to score a 6 in the last ball to win the match? Why is it about the history and culture of certain countries that make them more likely to prosper than others? What can one do about the inequalities, conflicts, and environmental hazards that the world is undergoing? Why is it so that boys are brave saviors in almost all fairy tales, whereas girls are portrayed as distressed and cannot save themselves? Discover the intricacies of your gender, body, creativity, origins of thinking, and several other aspects of human intellectual and social life through various interactive sessions and talks.

Begin your transformation as a thinker and influencer with Camp HSS. A group of scholars are eager to engage with you to share the pleasures of exploring intriguing and exciting topics in Humanities and Social Sciences.

Camp HSS introduces the fascinating world of HSS and how it is interlinked with your personal and professional development. Develop critical, reflective, and logical thinking, empathy, and creativity. Be empowered with a global and interdisciplinary outlook and the argumentative and communication skills to express the new you. Future-ready, forever.

When people say, “Think!” or “Use your brain,” it is obvious that thinking starts with the brain. But where did brains come from, and how did they develop and evolve? This presentation tells the story of brains and their evolution. Do modern humans have the biggest brains of all animals and all of our distant ancestors? NO! Whales and elephants have bigger brains than we do, and Neandertals, our extinct human cousins, had bigger brains! So what about our smaller brains makes us smarter than all animals and all our ancient ancestors? That answer is contained within this presentation. 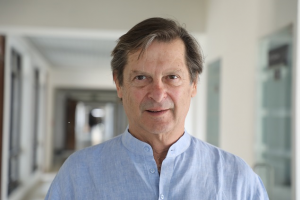 Dr. Frederick L. Coolidge received his BA, MA, and Ph.D. from the University of Florida and completed a two-year Postdoctoral Fellowship in Clinical Neuropsychology at Shands Teaching Hospital, University of Florida. He came to UCCS in 1979. He was Chair of Department from 1986-1989 and served as the Clinical Director from 1981-1984. Dr. Coolidge is a three-time Fulbright Fellowship Award recipient (India, 1987, 1992, 2005). He has received three teaching awards, including the lifetime designation, University of Colorado Presidential Teaching Scholar, and he received the UCCS Letters, Arts, and Sciences Annual Outstanding Research and Creative Works Award, in 2004, and the UCCS Annual Faculty Award for Excellence in Research in 2006. In March 2015, he was appointed Senior Visiting Scholar at Oxford University, Keble College, UK. For the past six years, he has been a Visiting Professor at the Indian Institute of Technology Gandhinagar, India, teaching courses on brain evolution and sleep and dreams.

One fundamental way we think about millions of decisions and a range of domains is in terms of gains and losses. Think about your pocket money or the time it takes to go to a movie or some of your favorite chocolates. What would have more effect on your emotions: gaining or losing? For example, if you expected to get 5 pieces of cake but you got 6 (gain of 1 cake) or if you got 4 (loss of 1 cake); how would you feel? Think about marks in exams: when the class average is 75, what would matter to you the most – 5 more marks than the average or 5 fewer marks than the average. These simple, everyday questions have been the building blocks of thinkers for years and also resulted in Nobel prizes. How we value, judge, and decide explain a variety of things we do – from education, mobility, healthcare to technology design and international negotiations. Get to hear what we know and think about new frontiers in this new world of apps and digital technologies.

Dr. Sumitava Mukherjee is an Assistant Professor at the Department of Humanities and Social Sciences at IIT Delhi. His current interest is in applying insights from human judgment and decision-making into the digital world we live in. His prior research has critically examined different popular theories and found applications for contemporary issues. He has been an executive committee member of NAOP India and the Cultural Evolution Society. Dr. Mukherjee was awarded the Emerging Psychologist award in 2014 by NAOP India, the Outstanding researcher award by IIT Gandhinagar in 2014, and the Young Psychologist award in 2020 by NAOP India for his contributions academically and professionally. 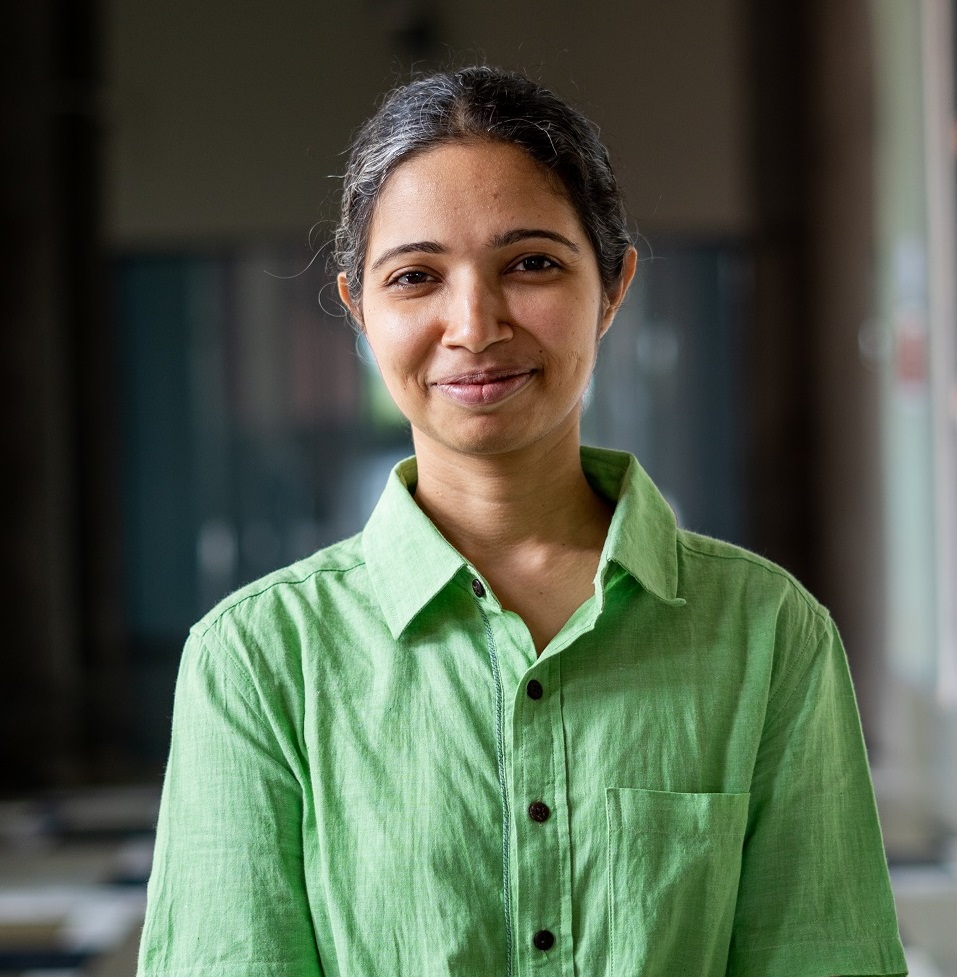 85 percent of Indian women, however long and hard many of them may be working—at home, on family farms, in various other contexts—are effectively living in relations of dependency, writes Mary E John, noted scholar. What does society expect from you, as girls and boys, women and men? How do these expectations become relations of dependency or independence? What happens when you try to break out of these expectations? Join us in an interactive session to find out.

Dr. Leya Mathew is an Assistant Professor at Ahmedabad University and a US National Academy of Education Postdoctoral Fellow. She has a Ph.D. from the University of Pennsylvania. Her research examines the socio-cultural transitions that have accompanied economic liberalization in India. She is a founder member of Penn CAMRA at the University of Pennsylvania, an interdisciplinary collective of researchers and educators committed to multimodality in knowledge production. She researches mothering, youth aspirations, and gender in the Indian context. 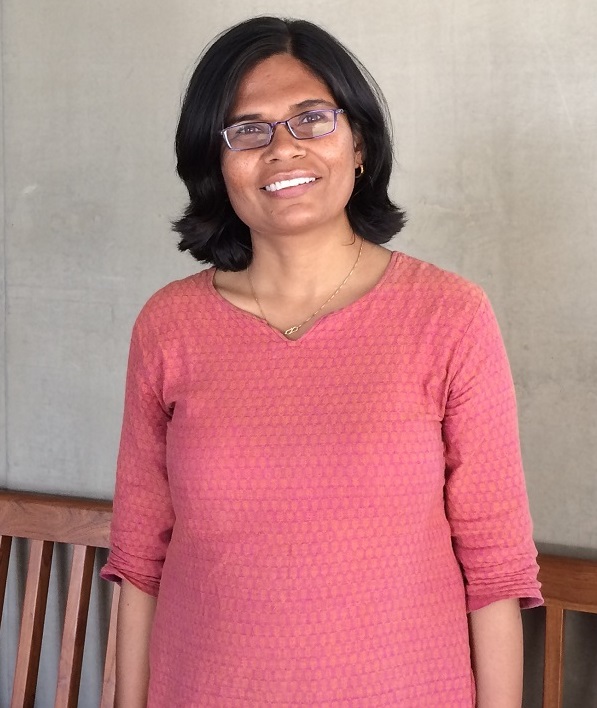 We all have the creative element in us, but most of the time, we do not even realize that until we win prizes in competitions or someone praises us. Creativity is not limited to what we conventionally think – painting, musical performances, dancing, or novel and poetry writing. It is that aspect inherent in us which makes us excel in whatever we choose to do. In this session, we will explore various forms of storytelling, through which creative thoughts are expressed for various purposes. We will take a look at cartoons, advertisements, Facebook posts, a very short story and see which form we find most comfortable to express ourselves through. 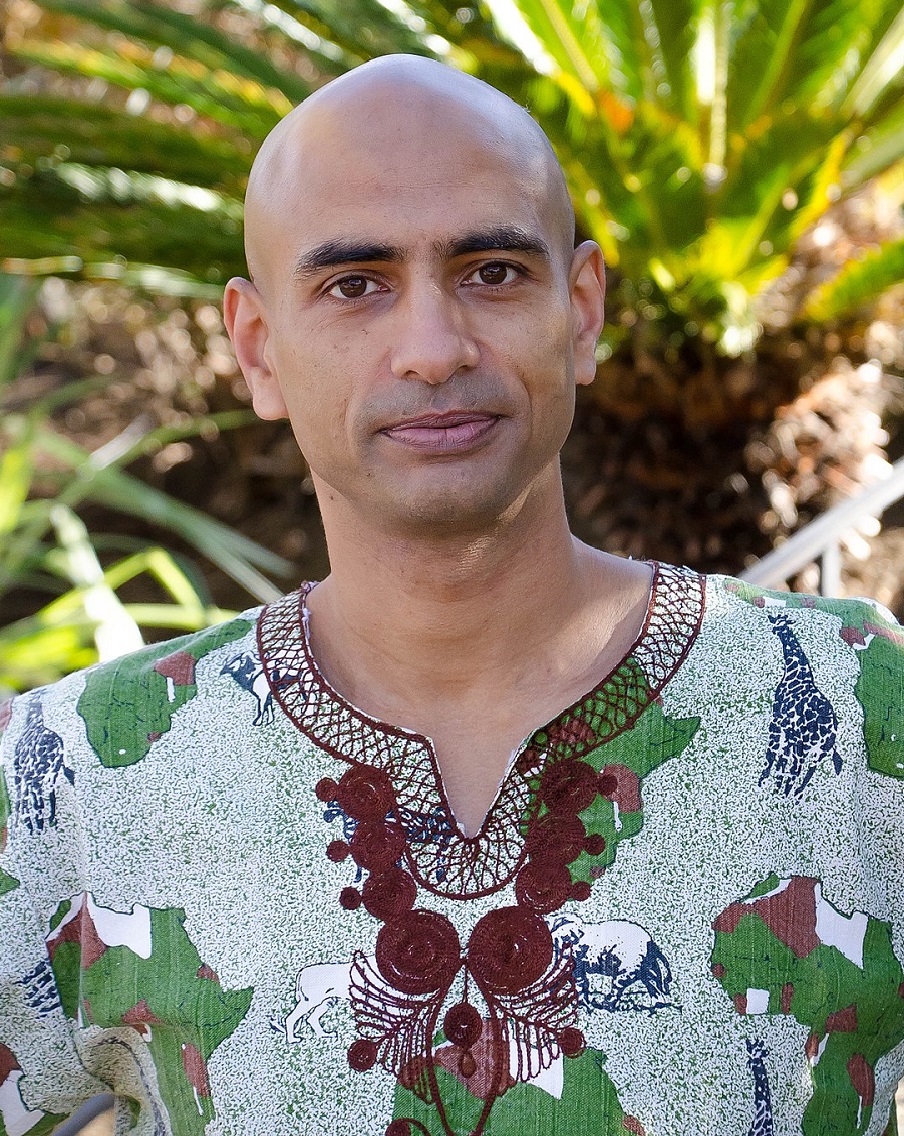 The session on war and peace covers exactly what the label on the lid says. First, it will explore wars through centuries, why people wage them and what are their consequences. Second, it will examine what brings about peace, why people hunger for it, and what results from periods of peace. The idea is to understand not only war and peace in a global context but also in an Indian context. The session will also examine current examples such as Gaza for war and Europe for peace.

Mr. Atul Singh is the Founder, CEO, and Editor-in-Chief of Fair Observer. He has taught political economy at the University of California, Berkeley, and been a visiting professor of humanities and social sciences at the Indian Institute of Technology, Gandhinagar. He studied philosophy, politics, and economics at the University of Oxford on the Radhakrishnan Scholarship and did an MBA with a triple major in finance, strategy, and entrepreneurship at the Wharton School. Singh worked as a corporate lawyer in London and led special operations as an elite officer in India’s volatile border areas, where he had many near-death experiences. He has also been a poet, playwright, sportsman, mountaineer, and a founder of many organizations. 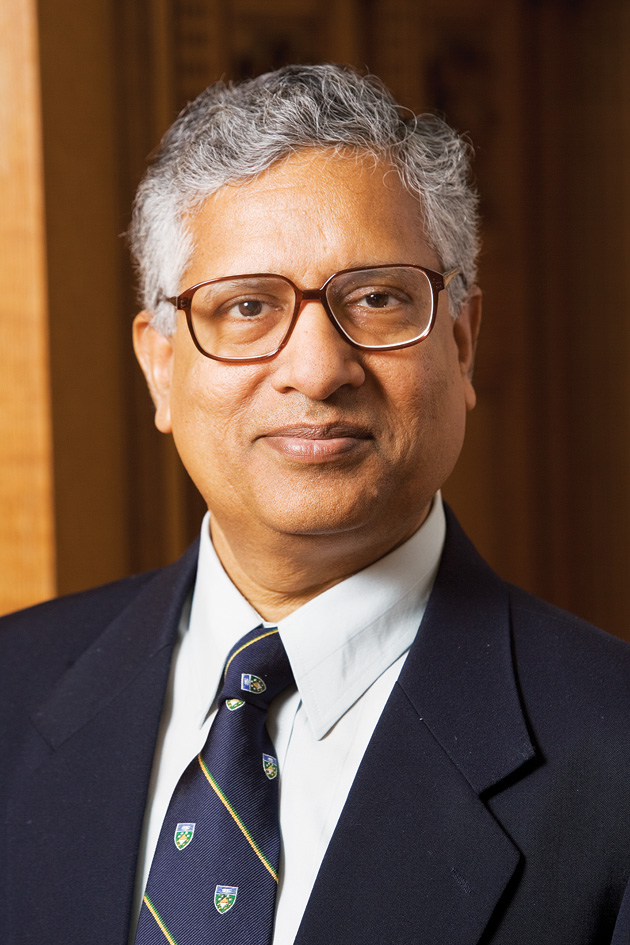 This session will address questions such as, why are some societies prosperous while others are poor? What are various sources of prosperity? Why are some people poor while their neighbors are wealthy? What are the consequences of inequality? Reducing inequality: why and how? What can I do?

Dr. Shyam Sunder is the James L. Frank Professor of Accounting, Economics, and Finance at the Yale School of Management and Professor in the Department of Economics. He is a renowned accounting theorist and experimental economist. His research contributions include financial reporting, information in security markets, statistical theory of valuation, and design of electronic markets. He is a pioneer in the fields of experimental finance and experimental macroeconomics. He is a past president of the American Accounting Association, former director of the Millstein Center for Corporate Governance and Performance at Yale. He is also a member of the International Academic Advisory Boards of the Indian Institute of Technology, Gandhinagar, and the Business School of Jindal Global University, Sonepat, India.

This interactive session will provide an overview of India’s rich biodiversity, its biodiversity hotspots, national parks, and discuss how biodiversity is studied, mapping and documented. There will be a special emphasis on ecological crisis and climate change, how people are affected, especially the poor and the vulnerable. Those who are directly dependent on nature and natural resources will be most impacted and how their lives and livelihoods are threatened. We will bring interested stories of individuals (villagers, forest officers, scientists, and anthropologists) who are working towards protecting the planet. While the students learn about nature and wildlife, the indigenous people and their relationship with animals will also be frequently reminded. The session will have a diversity of approaches to engage with the students: audio-visuals, maps, sounds, and images and props. The same will be used for a quiz at the end of the session. 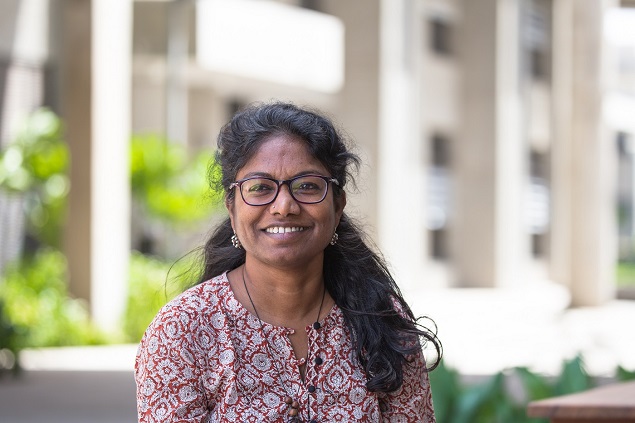 Dr. Ambika Aiyadurai is an anthropologist of wildlife conservation. Her ongoing and long-term research aims is to understand how local and global forces shape human-animal relations. After spending a few years as a wildlife biologist, her interest in Anthropology began while examining human-dhole conflict in Arunachal Pradesh. She completed her Ph.D. in Anthropology at the National University of Singapore. She is trained in both natural and social sciences with masters’ degrees in Wildlife Sciences from Wildlife Institute of India (Dehradun) and Anthropology, Environment and Development from University College London (UK). Ambika’s new book ‘Tigers are our brothers: Anthropology of Wildlife Conservation in Northeast India’ is recently published by Oxford University Press-UK. 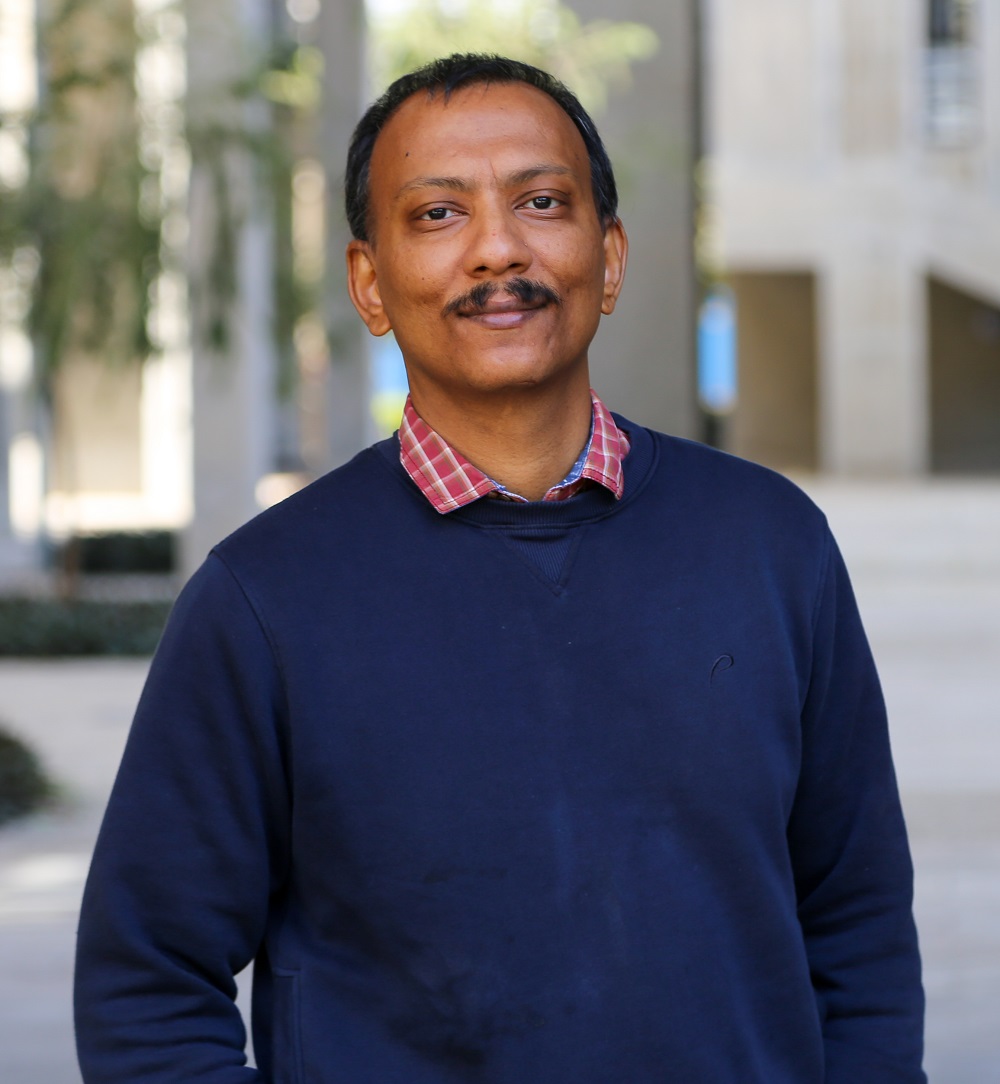 Argumentation could convince others to consider your perspectives and help you win a debate. Rooted in logical thinking, a sound argument is devoid of errors in reasoning. Arguments are also central and inevitable for knowledge creation and dissemination. This session would discuss the structure of arguments, common errors of reasoning, thinking with clarity, assessing the soundness and validity of an argument, and finally finding the flaws in arguments.

Camp HSS is open to students in Standards 8-12 with an insatiable curiosity.

Participation is free. Please register here to attend the Camp

The Institute follows the highest standards of safety for its employees engaged in construction activities. In this context, the IIT Council declared that the exemplary practices of IIT Gandhinagar (labor welfare and community outreach) should be introduced in all IITs.