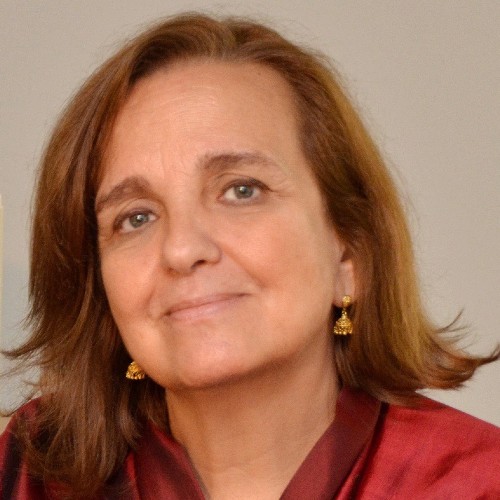 Rosa Maria Perez is an anthropologist and senior researcher at the Centre for Research in Anthropology (CRIA). Until August 2020, she was a professor of the Department of Anthropology of ISCTE- University Institute of Lisbon. She has been a visiting professor at different universities in the USA (particularly Brown University), Europe, Mozambique, Brazil and India. Since 2012, Perez has been a visiting professor at IITGN.  Her core research is on Indian society and social segregation (with a particular focus on Dalit and women), women studies, colonialism and post-colonialism in India, fieldwork methodology, public anthropology and human rights.
Perez is a consultant to the UN Commission for Gender Equality and Women’s Empowerment and European Councils on Asia. Her latest book in English is Transdisciplinary Ethnography in India: Women in the Field, co-edited with Lina M. Fruzzetti (Routledge, London and NY, 2021).
On the 28th of June 2021, as part of the Science 2021 Meeting, she received a medal of scientific merit from the Portuguese Minister of Science, Technology and Higher Education.