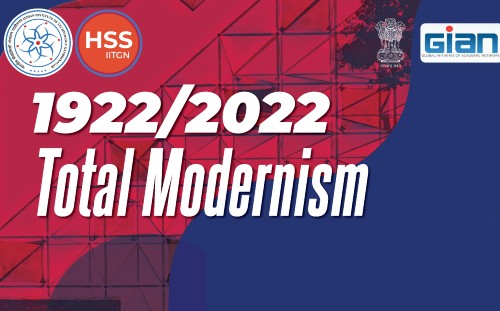 Description: 1922 was a year of masterpieces that has come to define “high modernism.” I will state that one should replace the misleading phrase of “high modernism” with that of “total modernism,” an expression that originally owed its currency to political discourses about “total war” from 1914 to the thirties. I will argue that what unifies modernism is a certain idea of totality, a totality caught just before it turns into totalitarianism. Examining texts by Georg Lukacs, Lucien Goldmann, Ludwig Wittgenstein, Hermann Broch and Alain Badiou, I will try to show that the modernist concept of totality does not exclude infinity, as Emmanuel Levinas had posited as his point of departure in Totality and Infinity (1961). The works of Joyce, Beckett and Duchamp, for instance, testify to the possibility of including infinity within the totality.

Jean-Michel Rabaté is a Professor of English and Comparative Literature at the University of Pennsylvania.  One of the founders and curators of Slought Foundation in Philadelphia (slought.org), he is one of the managing editors of the Journal of Modern Literature. Since 2008, he has been a Fellow of the American Academy of Arts and Sciences. Rabaté has authored or edited more than 40 books on modernism, psychoanalysis, contemporary art, philosophy, and writers like Beckett,  Pound and Joyce. His books include Lacan Literario (2007), 1913: The cradle of modernism  (2007, Chinese translation 2013), The Ethic of the Lie (2008), Etant donnés: 1) l’art, 2) le crime  (2010). The Ghosts of Modernity has been republished in 2010. In 2013, he edited A Handbook of Modernism Studies and a new French translation of Joyce’s Exiles, Crimes of the Future (2014), The Cambridge Introduction to Literature and Psychoanalysis, (2014), The Pathos of Distance (2016), Think, Pig! Beckett at the limit of the human (2016), Les Guerres de Derrida (2016). More recent titles include Rust (2018), Kafka L.O.L. (2018),  After Derrida (2018), Rire au Soleil (2019), New Beckett (2019), Understanding Derrida/Understanding Modernism (2019), Knots: Post-Lacanian Readings of literature and film (2020), Beckett and Sade (2020), Rires Prodigues (2021). Forthcoming are the co-edited collection (with Angeliki Spiropoulou), Historical Modernisms: Time, History, and  Modernist Aesthetics and the book James Joyce, Hérétique et Prodigue.

The talk will be livestreamed from our IITGN Youtube channel here. 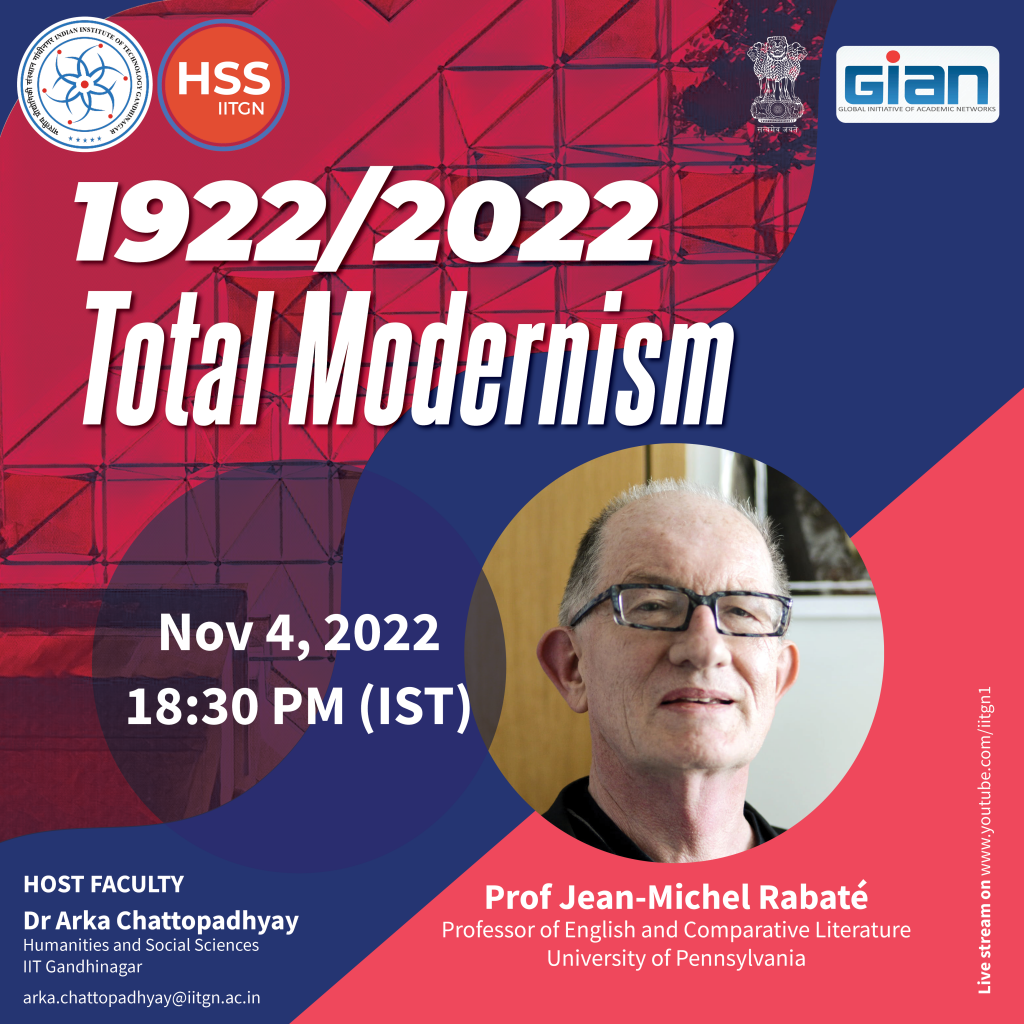