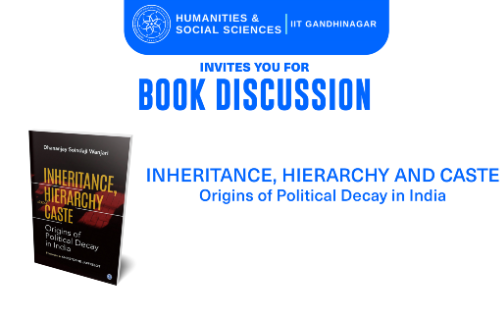 Humanities and Social Sciences, IITGN invites you to a book discussion:

Inheritance, Hierarchy and Caste: Origins of Political Decay in India.  Author of a book Dhananjay Wanajri will be in discussion with Mona G. Mehta.  See the flyer attached.

Refreshments will be provided.

About the Book:
The growing power of business and the increasing rhetoric of the cultural– religious ideology of Hindutva have been the focus of recent scholarly ventures seeking to explain the persistent undemocratic tendencies in India. The book argues that this traditional and pervasive analytical framework has failed to unravel the deep-rooted societal causes of the growing degeneration in political institutions. What is missed out is the increasing concentration of power in the hands of the hereditary governing class. Inheritance, Hierarchy and Caste: Origins of Political Decay in India shows how the elite-pursuit for controlling societal power, retaining hierarchy and perpetuating inheritance is making use of ideology and, thereby, undermining the democratic spirit in India and reshaping the state
itself. The book underlines the realistic significance of the effective representation of the governed classes and analyses how it is critical for bringing pragmatism to the relation between the institutional and functional aspects of the democratic consolidation in India.

About the Author
Dhananjay Soindaji Wanjari is a civil servant he belong to the 2008 batch of the Indian Revenue Service. He is an alumnus of Rashtrasant Tukadoji Maharaj (RTM) Nagpur University, IIT Delhi, and the Harris School of Public Policy at the University of Chicago. Apart from being a regular speaker at different public forum on the matters of socio-economic and political issues, the Constitution of India and public policy, the author has been a regular guest faculty of political science for the last 15 years at different graduate institutions including Savitribai Phule Pune University and RTM Nagpur University. His areas of interest are the Constitution and taxation policy, political economy of public policy, comparative political and economic development, political representation and democratization. The author has keen interest in social activism and development activities and is one of the principal promoters of the Educator Foundation, a not-for profit organization working in the education sector, particularly for the needy and the poor sections of the society.

Discussant
Mona G Mehta is an Associate Professor at Ahmedabad University. Her research interest includes urban transformations and the remaking of city spaces, youth aspirations and skill development discourses, democracy and its vulnerabilities, and the political thought of M. K. Gandhi. She received her PhD in Political Science from the University of Chicago in 2010.
Moderators:
Prashant Ingole is a Postdoctoral Fellow and Camellia Biswas is a Doctoral Candidate in Humanities and Social Sciences at IITGN. 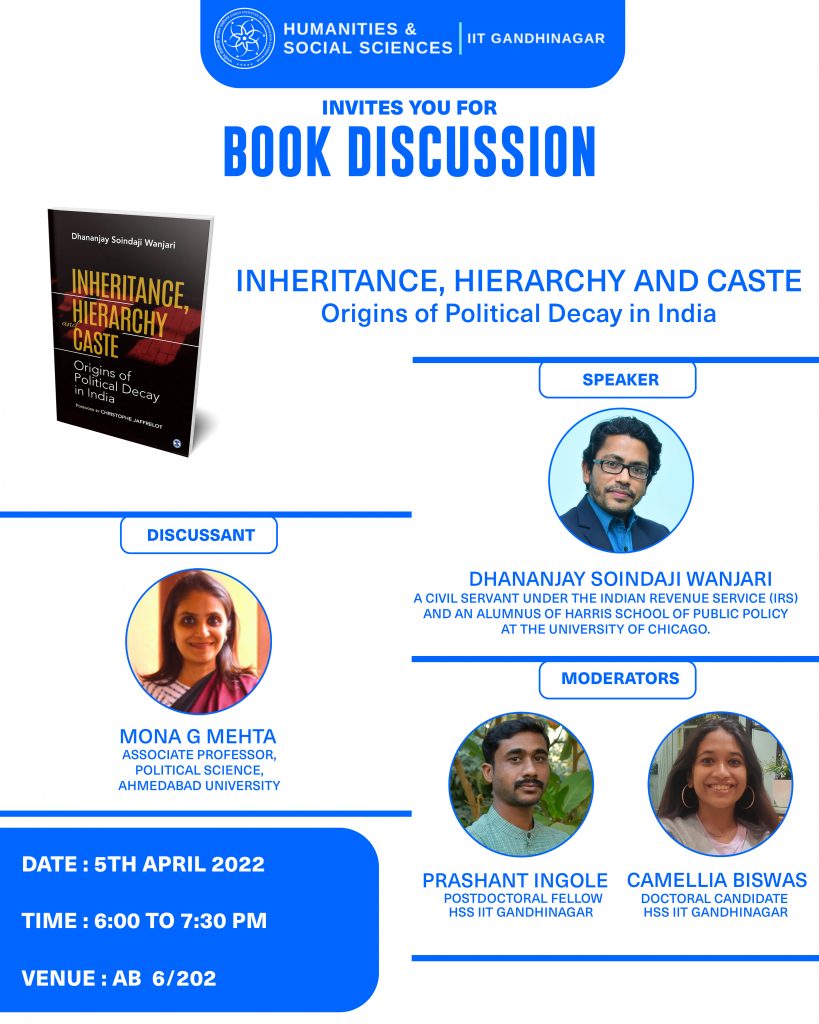